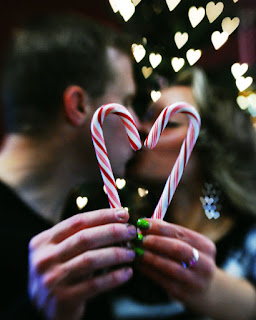 and it’s now the most popular time to get engaged. According to chillisauce.co.uk, a survey of 10,000 people across the UK revealed 31% people voted Christmas Eve as the most popular day to propose followed by New Year’s Eve with 19% of the votes. Despite being told as the holiday of romance, Valentine’s Day only received 12%.

Summer is traditionally the Wedding season (Especially for Entertainers like me) but winter is when proposals reach their peak. Christmas is so magical due to romance and family, two elements which combined making it so perfect to propose.

Facebook also recently announced the most popular months were December and November (Which explains why your social media feeds are full of ring pictures). Sorry to say Valentine’s Day you have been knocked your pedestal.

Here are a few ideas for dos and DON’T.

Don’t share your news online until you’ve told your nearest and dearest. And if you’ll see your best friend for New Year’s, why not wait till you can tell them in person?
Do think about when (approximately) you’d like to get married. That question will definitely come up at family holiday gatherings.

Don’t take it personally if your friends don’t text you back after you tell them your news on Christmas Eve or Christmas. This may be the one time of year they’re not glued to their phones or they’d rather get in touch when they’re on their own turf instead of at Aunt Mary’s holiday dinner.

Don’t throw an engagement party before the New Year (if you want people to show). Your friends need more notice than a few days. They have billion holiday parties they’ve agreed to attend.

Your engagement party is a perfect way for everyone to get to know each other in a more intimate way before your wedding. If you are searching a way to break the ice and making even more fun and memorable interactions, then arrange an appearance by MisterEY

Have a Magical Christmas

Life is full of experiences.

Top Venue to check out

Wedding planner or not?

Why do people say I hate…

What do you see?

The most hotly debated topic for your wedding…

Are you brave to be different?

Are you moves ahead….

Looking to connect to…

Be the King or Queen